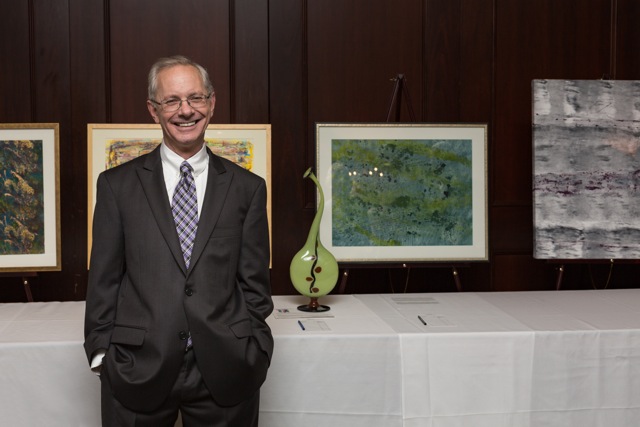 In his early years, Freedman found his artistic voice in music, studying piano from a young age through college. He began his legal career in 1983, representing lenders and developers in commercial real estate finance and banking.  For 25 years James handled complex business negotiations for clients in the financial sector and painted in his leisure time; however, in 2008 he decided to devote himself full time to painting. With guidance from some of his artist friends (most notably Kika Karadi and Antionette Wysocki Sanchez, each herself a well-recognized artist in New York City), he honed his skills and developed a style which resulted in an estimable body of abstract works.  He later relocated to Cleveland, Ohio, where he currently lives and works.

Freedman's work was first presented in a solo show at the Bjorn Ressle Gallery in New York City in 2009, where his work was described as "compositionally admirable", and "amply expressive on a visceral level".

His work was selected to appear in the Spring, 2010 edition of Studio Visit Magazine

He was commissioned in 2011 to create the painting that was the focal point of the play "Art" in a production by the Mile Square Theatre in New Jersey.

One of his paintings was selected to appear in The J Show, a juried exhibition running from September through November, 2015 in Cleveland, Ohio.

Four paintings were offered and sold at auction in September, 2015 with the proceeds of sale contributed to Family Connections, a non-profit organization in Cleveland.

Two paintings were offered and sold at auction in each of November, 2015, 2016 and 2017, with the proceeds of sale contributed to the Cleveland Animal Protective League.

His work was exhibited in a solo show August, 2016 at the Cleveland Heights Library Gallery.

Two paintings were exhibited at The People's Show in Cleveland in early 2017.

Freedman's work will be offered for sale in July, 2018 at the Cain Park Arts Festival in Cleveland Heights, Ohio, a juried show and art sale event.